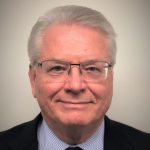 I began my academic career as an Assistant Professor at Harvard University and remained at Harvard until 1982, developing and using novel fluorescence-based reagents and imaging technologies to investigate fundamental cellular processes such as cell movements and cell division. I then moved to Carnegie Mellon University as a Professor of Biological Sciences and as Director of the Center for Fluorescence Research in the Biomedical Sciences. In 1991, I became the Director of the National Science Foundation-funded Center for Light Microscope Imaging and Biotechnology, and in 1995, I was named Vice Dean of CMU’s Division of Molecular Sciences. I continued to develop reagent and imaging technologies, while applying the technologies to understand fundamental processes in cells and tissues. Alan Waggoner and I co-founded Biological Detection Systems (BDS) to commercialize the multi-color cyanine dyes and research imaging platforms and it was acquired by Amersham-now GE Life Sciences. I left CMU in 1997 to found Cellomics, Inc., the company that developed High Content Screening (HCS). HCS was the foundation for a shift from focusing primarily on generating images to generating large-scale, quantitative image-based data from cells, tissues and small organisms. I was CEO of this company from 1997 through 2003 when it became part of ThermoFisher. I then founded a third company, Cellumen, that developed a predictive safety assessment platform using primary hepatocytes, multiplexed panels of reagents, reference safety databases and computational biology. I was CEO of Cellumen from 2004 until 2010 when it became part of Cyprotex, a British CRO. I also co-founded Cernostics, Inc., a fluorescence-based, tissue systems pathology company that has created a test for selecting at risk Barrett’s esophagus patients. I hold >25 U.S. patents, including six focused on cell-based imaging. I returned to academia at the end of 2010 to continue my academic interests that now link large-scale cell, tissue and human, biomimetic, tissue-engineered model profiling with computational and systems biology to optimize drug discovery and diagnostics based on quantitative systems pharmacology. I am also developing computational tools to identify and quantify heterogeneity.